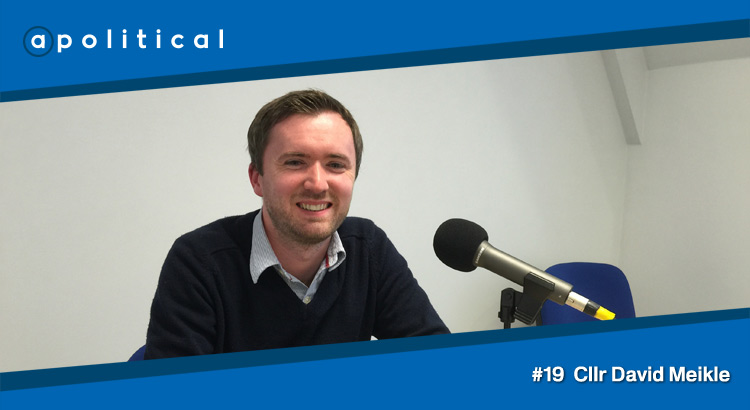 In Episode 19 of Apolitical we speak with Councillor David Meikle, the sole Conservative representative on Glasgow City Council. We chat about his political background; the Scottish Conservatives’ prospects at Holyrood; and the controversial tale of selection to the Conservative regional list for Glasgow at the 2011 Scottish Parliament elections.

• His initial interest in politics;

• The values and policies that drew him to the Conservative Party;

• How Ruth Davidson came to top the regional list for Glasgow at the 2011 Scottish Parliament elections;

• What prospects the Scottish Conservatives have for success at Holyrood;

• How the party rebounds from their lowest vote share in living memory at the 2015 General Election;

• Upcoming changes at Glasgow City Council and what they mean; and

• Whether Scotland’s place in the Union is secure.