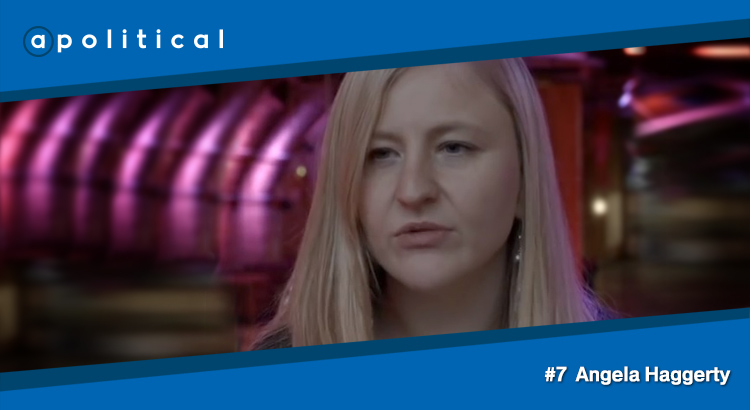 In Episode 7 of apolitical we speak with Angela Haggerty, Editor of CommonSpace, a new media news service created by the Common Weal think tank. We chat about political journalism in Scotland, threats to freedom of speech and Angela’s experiences with criminal levels of abuse on social media.

Amongst the topics we discuss with Angela on the podcast are:

• Her time as a teenage political activist;

• Why she chose to work in political journalism;

• Whether there are too many male editors in the Scottish political media;

• Freedom of Speech issues faced by journalists in Scotland;

• The challenges of criticising the SNP when your readership is largely supportive of the party;

• The effect of criminally abusive behaviour on social media; and

• Her concerns about the lack of progress made to tackle this kind of abuse in recent years.