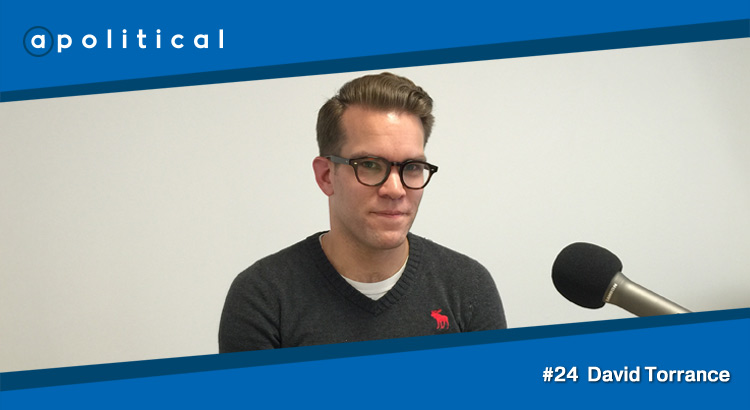 In Episode 24 of Apolitical we speak with David Torrance, the political writer and journalist known for his biographies of Alex Salmond and Nicola Sturgeon and for his regular television appearances. We chat about his work; the scope of political debate in the UK; and his current take on the constitutional situation in Scotland.

• His time as a card-carrying member of a political party;

• The choices that have led to his working with a wide variety of publishers and media outlets;

• Why he prefers to call himself a journalist than a commentator;

• Whether the scope of political debate in the UK is artificially limited;

• The reasons for restricting “acceptable” opinion;

• Where he sees the independence movement today;

• Whether the moment for independence has passed;

• The political highlights he anticipates in the year ahead.