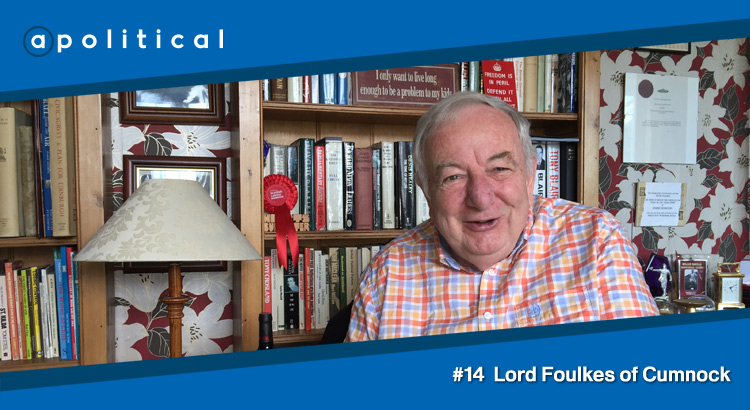 In Episode 14 of apolitical we speak with George Foulkes, the former Labour MP and MSP who now sits in the House of Lords as a life peer. We chat about his early involvement with politics; his views on Iraq, including the morality of regime change and where he believes criticism is due; the challenges facing Labour in Scotland; and his original definition of the term ‘cybernats’.

Amongst the topics we discuss with George on the podcast are:

• What drew him to politics and to Labour in particular;

• The highlights of his long career as a parliamentarian;

• His biggest regrets from his time in Parliament;

• Whether he still believes supporting the war in Iraq was the right choice;

• The major aspect of that conflict he believes is open to valid criticism;

• Who he supports for the leadership and deputy leadership of Labour in Scotland and in the UK;

• The challenges facing Labour in Scotland; and

• The original definition of “cybernats” (you might be surprised by this one…).