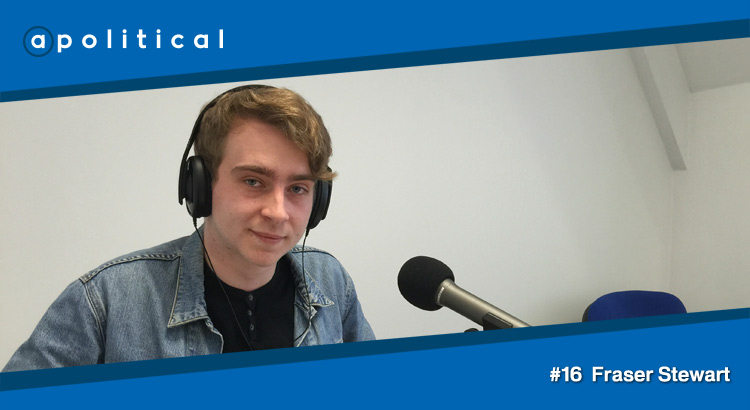 In Episode 16 of Apolitical we speak with Fraser Stewart, a CommonSpace columnist, about the financial crisis in the Eurozone, with particular focus on Greece, Syriza and their recent negotiations with the EC/ECB/IMF ‘Troika’.

Among the topics we touch on with Fraser on the podcast are:

• His own politics and his perspective on the crisis;

• Syriza’s credentials as a legitimately radical party of government;

• The negotiations between the Greek government and their creditors;

• The human impact of austerity politics;

• Other Eurozone countries who could face issues with debt and repayment in the coming years;

• How the Greek scenario affects the way Scots view the European Union;

• How that affects the theoretical prospect of an independent Scotland considering membership; and

• What impact the hardline negotiations with Greece will have on the radical left in the UK as they consider their campaigning position for the in/out referendum.