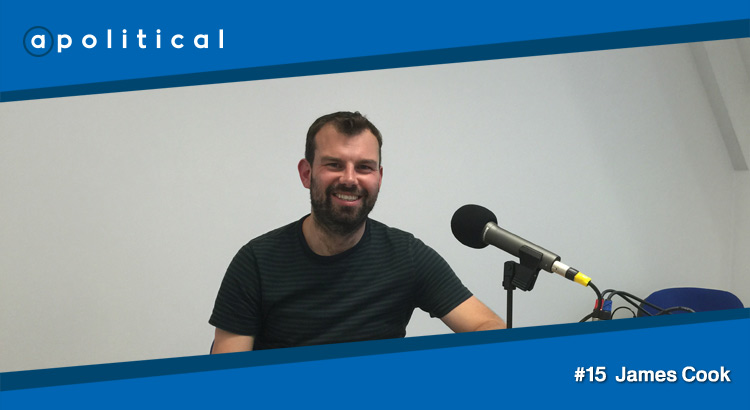 In Episode 15 of Apolitical we speak with James Cook, until recently the Scotland Correspondent and now Los Angeles Correspondent for BBC News. We chat about his experiences covering the Independence Referendum in 2014 and the General Election in 2015; allegations of bias in BBC reporting; and the things he’ll miss about Scottish politics when he heads to California.

Amongst the topics we discuss with James on the podcast are:

• His interest in politics on a personal level;

• What Los Angeles holds in store for him;

• How the Referendum and 2015 Election campaigns differed from what had gone before;

• Highlights from covering those campaigns;

• Allegations of bias in the BBC’s reporting and where he thinks they could have done better;

• The politicians he’s found easiest and hardest to work with; and

• The things he will (and won’t) miss about covering Scottish politics.