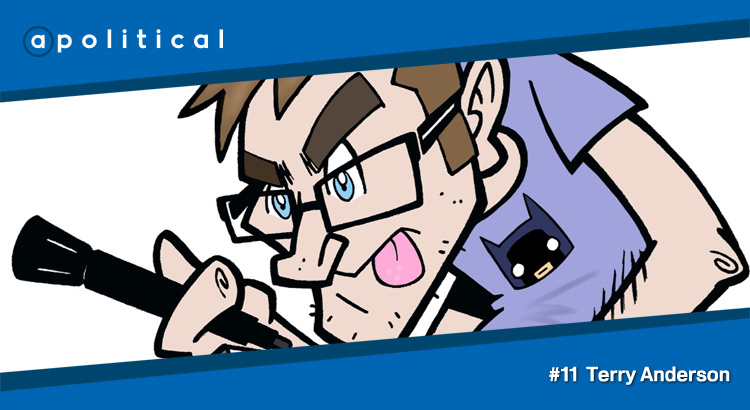 In Episode 11 of Apolitical we speak with Terry Anderson, a cartoonist who put together The Auld Acquaintance, a referendum-themed exhibition. We chat about Terry’s political involvement; the exhibition; freedom of speech; and future prospects for Scottish political cartoonists.

Amongst the topics we discuss with Terry on the podcast are:

• Challenges facing cartoonists around the world;

• His The Auld Acquaintance exhibition;

• The Charlie Hebdo murders and the surrounding issues;

• Freedom of Speech and the right to offend;

• The weaponisation of cartoons; and

• The collective prospects for political cartoonists in Scotland.